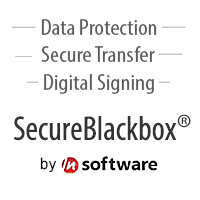 Stringa is a simple C++ class, importable in console programs by clause: #include "stringa.hpp". It was conceived to make esier character string managing into console (but not only) C++ programs.

It treats strings as well as dynamic objects: carry out allocation and deallocation automatically, making initialization and assignment operations free by sizing.

Stringa allows to assign object of the same type among them, and with strings closed by a null character (cstr). It allows to enter to the content of its instances by indexes, carring on the limits validity control. It allows to use arithmetics operators to do operation such as strings connection, strings comparison.

The class Stringa has at its disposal several functions for substrings searching, which simplify implementation of apps such as: text editors, search engine and archives. At last supports I/O from the console and from files, by C++ operators '<<' and '>>', and own specific functions.

Stringa was released with an in-line manual, stringa.hlp: a windows help file written in Italian language (as the rest of the stuff that form the packet: sources, application).