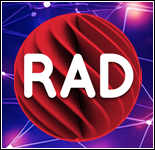 Applications in Delphi and BCB > Games > Other

The program does not pretend 100% coincidences of forecasts given by it with real results of played matches, but 75% coincidences - wholly real numeral.

During the group tournament, you should input the results of played matches in result table for certain groups.

Also, there is possibility to see the forecasts for matches of 1/8, 1/4, 1/2 and final. For this you must press Play-off button.