Are you looking for a Delphi partner to develop your application further? 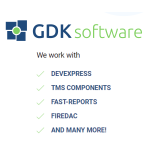 Are you still working with outdated versions, such as Delphi 5 or Delphi 7?
Do you urgently need a developer?
Are you seeking a partner for the maintenance of your Delphi application?
We are here to help you.

A demo of using the Microsoft Agent 2.0 ActiveX control in Delphi. Requires Agent Control, Speech, Voice Command software, and at least one agent, all of which can be downloaded from Microsoft.

The COM implementation is much cleaner now, but some variable types have changed and, in particular, the code for the IEnumVariant interface now allows for a real loop through the set of valid animation names. This version will requires that you have downloaded and installed all of the Agent Version 2.0 stuff, and that you imported the associated Agent controls into Delphi. This version was developed under Windows 98, but should work under Windows95 and NT.