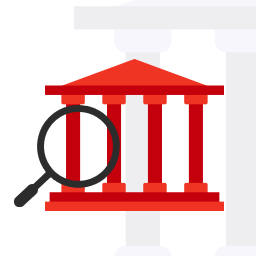 AggPas is Open Source and free of charge 2D vector graphics library. It is an Object Pascal native port of the Anti-Grain Geometry library - AGG, originally written by Maxim Shemanarev in C++.

AggPas doesn't depend on any graphic API or technology. Basically, you can think of AggPas as of a rendering engine that produces pixel images in memory from some vectorial data.

Based on AggPas, which is itself based on the Anti-Grain Geometry, this project offers support for the latest Delphi Versions (XE & XE2) and contains some helper classes (VCL components and FireMonkey interface).

With CadoDraw you can: CadoDraw lets you do much more than drawing pictures.

By virtue of advanced capabilities such as integration of specific class definitions and linking objects, CadoDraw lets you handle any problem which can be organized in an object structure. In addition, you no longer need to bother about things like displaying, printing, saving and loading objects. These capabilities are already implemented in CadoDraw.

CrossGL is shared source, cross-platform, immediate-mode, high-fidelity, Vector & Raster graphics imaging library. Its central feature comprises of comprehensive, well documented and easy to use API providing robust all-in-one solution to many underlying industry-proven technologies. Its another aspect is portability. CrossGL runs seamlessly across different platforms such as operating systems, programming languages and application frameworks, providing single interface on all targets to achieve the same graphical output. CrossGL produces in software high-quality anti-aliased 2D graphics with subpixel accuracy (high-precision) covering the whole range of utilization domains such as business graphics, web graphics, DTP, cartography, printing, user interface graphics, server-side rendering and many more. CrossGL supports I18N and can be used for L10N. Implemented is a strong support for Unicode, but other encodings can be used and implemented as well.

DrawStyles Library - functions and resources for drawing lines, regions and map symbols with use different styles of lines, brush pattern and symbols (as well as in MapInfo).

You may use this library in you GIS and graphics projects.

TDeskewTransform is an addon component for the Envision Image Library. The component allows to auto detect and correct the skew of an image. The skew is the little inclination who usually has a scanned or faxed page. To deskew an image means to estimate and fix this imperfection. Correcting the skew allows to: The component is fast and accurate: on a PIII 600Mhz detect the skew of a 300 DPI A4 size image in less then one second with a 0.1 degree accuracy.

The library is realized as a run-time Windows 32 bit OCX (ActiveX control). Either can be used with applications written in the popular Visual IDE languages such as Visual Basic, Delphi, C++ Builder , Visual C++, .NET and Internet.

FlexGraphics is a set of components for creating vector graphics applications under Borland Delphi/C++Builder.

FlexGraphics library can be used for creation of plots, drawings, electrical, concept and mnemonic charts as well as for creation of interactive plans with high level of detail for various facilities, buildings or their parts.

FlexGraphics library can also be used for visualization of information being received from various sensors in real time.

GIS-systems and CAD-systems can also be developed using this library. FlexGraphics can be called a mini analog for Visio.

The library is implemented basing on Windows GDI and supports the following graphical objects:

Extends the excellent Delphi graphics package Graphics32, making it much easier to draw lines and shapes with that code library. Also included with the GR32_lines unit is the GR32_Text unit which make drawing text in Graphics32 much simpler (to use this unit the Graphics32 1.8.3 library or higher must also be installed).

A completed solution for developing simple graphical applications in Delphi.

Graphics32 is a graphics library for Delphi and Kylix/CLX. Optimized for 32-bit pixel formats, it provides fast operations with pixels and graphic primitives. In most cases Graphics32 considerably outperforms the standard TBitmap/TCanvas methods.

HyperGraphics is a new object-orientated interactive graphics library for Delphi and is particularly suited to the display of engineering/scientific data plots and map data. Many different line-styles are available and rounded labels can be produced with ease, including both date/time and numerical labelling.

Object cut, copy paste to cliboard or file are supported as is printing, print preview and export/import of bitmap and png images.

Image Editor is a suite of visual and non-visual components which allows to create any common and specialized image editors in Delphi and C++ Builder applications. Image Editor is a pure VCL/WinAPI solution, so no external DLLs are required.

The main idea of Image Editor Suite is to split image displaying and zooming in visual part from drawing tools which are realized in separated non-visual components.

Creates, displays, edits, flips, resizes and rotates image, photo and graphic. It supports BMP, GIF, ICO, JPG/ JPEG, PNG, PSD, TIFF, multi-page TIFF and others and can convert between them. Draw multiline text on image and provide over 50 different texts. Images can be exported into PDF format or printed to printer. adjust brightness, Contrast, Gamma, Hue, Saturation of image file. Moreover, it provides some helpful source code sample includes ASP, Access, Delphi, VB, VB.net, VFP and Web Page. With Image viewer CP Pro, you can convert the images between several popular formats, output the images in greyscale, retrieve and set images to clipboard and picture box, save and restore the specified location of the images, provide a value-added function called "Map System helper" which help you to develop an application that involved with electronic map creation or map-related function, support keyboard or mouse wheel scrolling images.

ImageEn is the most powerful native image library available for Delphi and C++ Builder, and is also available for .NET. The library includes a complete suite of components to handle all aspects of image and editing, analysis and display.

ImageEn allow you to include professional graphics software features in your applications.

ImageEn Addon is a package of graphical components for Delphi and C++Builder. For example the package contains components for reading and writing bar codes, calibrating your display, viewing an image and miscellaneous printers and windows routines.

OO Components is a suite of graphics general use component. They give the ability to work easier with graphics stuffs in Delphi IDE.

Photoshop SDK for Delphi is a new plug-in development solution. Basically the software consists of two main parts: the plug-in development wizard and the filter host component. We have tried to make this software as versatile as possible, even though there are still certain features are missing.

Some of the features include:

The RFC is library for quick and easy creation and using Regions and Regions Lists without any keeping in mind resources loosing. Provides the next:

The RiverSoftAVG SVG Component Library (RSCL) is a scalable vector graphics (SVG) component library for Delphi XE2-10 Seattle and supports both Vcl and FMX. The RSCL provides an SVG viewer in both Vcl and FMX that adheres to the SVG specification version 1.1, a modularized language for describing two-dimensional vector and mixed vector/raster graphics in XML. The RSCL provides Delphi developers access to the large library of free and commercial SVG graphics available from the web. The RSCL is, for the most part (see SVG v1.1 specification compatibility), a conforming static SVG viewer (e.g., dynamics are provided through Delphi instead of through SVG scripting.

TjanDrawImage is a TImage descendant. It comes with mating components and a full featured demo painting application.

A collection of graphic and image controls.

Imaging is native Object Pascal (Delphi and FPC) image loading, saving and manipulation library. It is available for several platforms and does not require any third party dynamic libraries.

Vector Graphics ActiveX is a graphics component oriented for creating business and technology solutions. Based on COM technology it can be used by other applications to process graphic documents, analyze and visualize any kind of processes.

Vector Graphics ActiveX is the ultimate graphics solution for you. It is the easy-to-use for creating technical drawings, illustrations and presentation, training material and business reports, charts and diagrams and much more. Vector Graphics ActiveX offers a wide range of new features and enhancements designed to increase productivity and extend your creative possibilities.

Component is based on Layer-Class-Shape architecture. It means, that all displayed shapes are owned by the certain classes and can not exist themselves. Drawing shapes depends on a classes they are belonging, but each shape has an opportunity to draw itself. Thus the constructed architecture allows to repeatedly reduce the size of the stored data, to increase speed of loading and displaying documents, and also to provide excellent speed of program work with documents containing around 1 000 000 shapes.

VectorControl is an ActiveX control(dll) for 2D vector graphics application development. It includes a simple and easy to use vector editor designed as a standard property page. Can be used for creating simple animations, SCADA systems,networking,technical drawings and diagrams.