The Evolution of Delphi Programming for Mobile Applications

If you have a smart phone you are familiar with mobile applications. You may download an application to your device to listen to music or watch a video. In your downtime, you may enjoy playing a game. There are plenty of applications to choose from. We all use them!

Mobile applications are created with ease and speed with Delphi Programming. This revolutionary design is topnotch and compatible with a variety of platforms. Windows 10, iOs, and Android are just a few. With a user-friendly interface, you can develop unique mobile applications of your own.

Delphi Programming was originally developed by Borland Software. The shortened name, Delphi, stems from the original name Embarcadero Delphi. The created as a rapid application development (RAD) tool for Windows. As years have gone on, it has transformed quite a bit. That is to be expected with the constant evolution of technology.

The Delphi language is most commonly known as Object Pascal. It originates from Turbo Pascal created in 1983. Nearly a decade later in 1995, the first Delphi was released. During this time, there was surge of programming languages. Java, JavaScript, and PHP were added to the mix. Another decade passed before any major changes. 2009 marked the introduction of the modern form. In 2013, the version known today was implemented. The latest version features ARM compilers for iOs and Android.

There is a manual available that discusses the Delphi Language. The guide features over 500 pages. It covers the foundation of the language to the more complex features. The evolution of the Delphi language has simplified the understanding when it comes to developing applications. 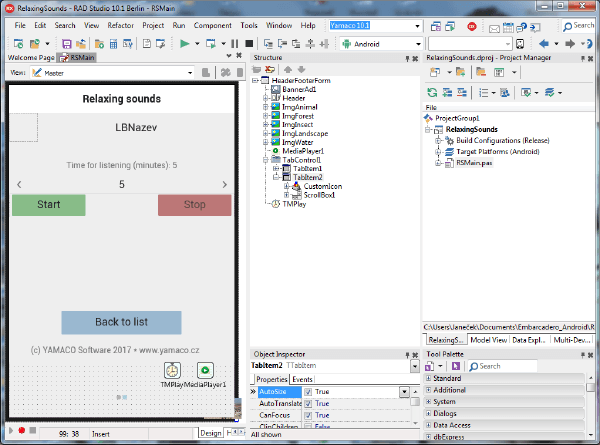 Delphi 10.2 is an interface part of the multi-functional Rad Studio. The latest edition can be purchased separately. When buying the entire RAD Studio package, C++ Builder is included. Embarcadero has defined it as: “The most powerful Object Pascal IDE and component library for cross-platform Native App Development with flexible Cloud services and broad IoT connectivity.” IDE is the user-interface. It is now user-friendly and overall easier to navigate. The faster navigation includes improved IDE menus. This new addition also has dockable windows. That helps with other code editor items.

The cross-platforms are the platforms that have compatibility with Delphi. The cloud services are the devices that the applications will work on. The IoT connectivity, internet of things, is the connection such as Bluetooth or Wifi. The cross-platforms compatible with Delphi include Windows and iOs10. Additionally, Mac OS Sierra, Android N, and Linux 64-Bit. Cloud ready devices include televisions, iPads, and mobile phones. The new addition makes it easy to connect to REST servers.

With new improvements, it now has leverage of the large community of Delphi developers. It can standalone with the large-memory that has been embedded. The key to note in this latest version is the simplicity that was added. The formation was to rid of complex development and to make the process faster and as user-friendly as possible.

Mobile applications are software designed for mobile devices. That includes not only smart phones, but tablets as well. The creation is an evolution of the standard desktop applications. These applications have versatility across multiple platforms. In addition, they can be accessed with ease and anywhere at any time.

The largest distribution platforms are Android’s, Google Play, and iOs’, App Store. Google Play, formerly known as Android Market, was introduced in 2008. The name changed to its current state in 2012. Google Play is a merge of Google Play Music, Books, Games, Movies & TV. In addition, Google Play Newsstand. Similar to Google Play, Apple introduced the App Store in 2008. Its presentation coincided with the release of the iPhone 3G. The initial release had over 500 applications. Currently, there are over 2 million iOs applications which is a wide variety to choose from. They rank second to the 2.8 million offered through Google Play. These applications are exclusively for Apple products.

The user-interface was designed for easy access. Applications can be found by name or keywords. There are also options of seeing what is available by categories. Both platforms have applications free of charge. There is a fee for some. Popular applications that have a cost include fitness apps, game extensions, and emojis.

Subsidiary application stores include: Amazon App Store, Blackberry World, and the Windows Phone Store. Out of the three, Amazon may seem to have more validity. This app store launched in 2011. In the six-year span the have accumulated around 600,000 applications. This is just shy of the nearly 700,000 Windows Store offers.

iPhone and Android Applications with Delphi

The single codebase that is now embedded makes for quicker and easier development. Unlike previous versions you write your code once and move on. It will then deploy to whatever device of your choice. Firemonkey is the visual component library that plays a huge role. It contains flexible designers, styling, and platform components. The combined efforts of these various layers have a hand in the development and deployment of mobile applications.

Android devices are built different than iOs systems. In the updated version purgatory was removed. There was a unification of Delphi and Java threads. All codes are now running in Java UI thread. Mobile applications have become a permanent fixture to devices. They will definitely be around for years to come. As technology evolves, the systems will become more seamless to use. Development will increase and options available will as well.

What is control panel?